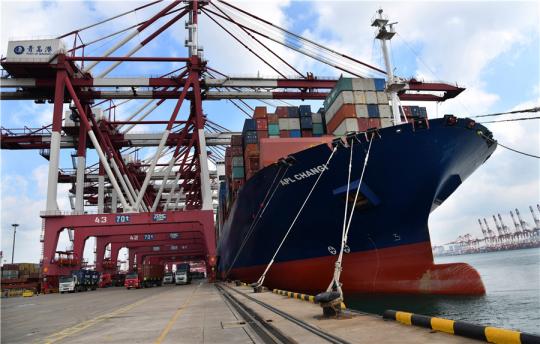 The Chinese government and local businesses are stepping up their efforts to eliminate the idea as global markets fear that products made in China may not meet global demand during the coronavirus outbreak.

Sunup, as a professional supplier of industrial automation products, many foreign customers are worried. They have been contacting us to get information about resuming production of products.

Because China novel coronavirus broke out in 2020, millions of Chinese workers returning home had to extend their Spring Festival holidays for a week, and many factories and enterprises did not reopen until February 10th or even later.

In spite of the virus, we are still concerned about the health information of our employees. We send work computers to every employee in Wuhan, let them work at home, and seek the help of other partners. We are making every effort to meet the orders of our customers.

Days after Chinese company Xinbao shipped out a batch of OEM products including coffee machines and ice makers in February, it receives a thanks letter from General Electric Company (GE), praising its on-time delivery.

The company's honest move won not only a letter of thanks from its American business partners but also brought it more orders.

"We have received more overseas orders in the following two months compared with last year, and the new orders are scheduled to be fulfilled in May," said Zeng. "We are now managing to restore our capacity and recoup losses in February."

Xinbao is just an epitome of China's move to deal with severe challenges posed by the deadly virus and maintain the stability of the global supply chain.

Galanz Enterprises Co Ltd, another Foshan-based company, a major microwave producer, has promised to never delay or call off delivery amid the epidemic.

"No matter how difficult it is, the delivery has to be conducted because we shall be responsible for all the clients," said Liang Zhaoxian, the chairman of Galanz.

To honor its promise, the company resumed production on Feb. 10 after taking a series of unprecedented strict prevention measures including temperature checks at least twice a day and washing hands six times a day.

According to the chairman, to further deal with the shortage of line workers, the company has mobilized more than 160 managerial staff to work on the production line.

"For the time being, the production efficiency has increased by 30 percent compared to the early start of the resumption, and daily capacity is expected to go back to normal soon," said Li Feng, vice chairman of the company, who also serves as stand-by line staff amid the epidemic.

Apart from being honest and efficient, Chinese companies have also been highly flexible and adaptive when facing the crisis.

According to Mo Qiyan, the chairman of the company, after the suspension of the branch company in Wuhan, the epicenter of the virus, the company has relocated production materials and accessories to other offices to ensure production and delivery.

"Instead of increasing the ex-factory price due to the epidemic, we finished our deliveries without considering the loss," Mo said. "What surprised us is that we actually received more global orders this year."

For Mo, the virus is not just a threat or a crisis, but also a test to China's supply chain and Chinese companies' ability to survive the risk.

Mo said that the shortage of labor amid the epidemic activates more Chinese enterprises to focus on further industry upgrading.

Mo's company has now invested more than 40 million yuan (about $5.72 million) in automation equipment, and the workforce is expected to drop by 1,000 without reducing the capacity.

"As more Chinese companies improve intelligent manufacturing, we will strengthen the ability to withstand the risks," Mo said.

So there is no difficulty to beat China, China refuels, Wuhan refuels.

Sunup (Wuhan) Import and Export Co., Ltd. is not an authorized dealer, agent or affiliate of any of the brands or manufacturer, the products of which are offered for sale on www.sunupauto.com. All trademarks, brand names, and logos mentioned are used for identification purposes only and are registered trademarks of their respective owners who reserve the rights of ownership. The use of trademark, brand name or product on our website is not intended to suggest that the company, trademark or brand is affiliated to or endorses our website. All products are 100% original, genuine and legally purchased from authorized sources. more >